Thomas Jefferson warned, “the natural progress of things is for liberty to yield and government to gain ground.”

Mindful of this trend, the Liberty Project was founded to promote individual liberty against encroachment by all levels of government.

The Liberty Project’s very first advocacy campaign was aimed against unreasonable search and seizures. This story about bubble gum mistaken for cocaine, which led to the arrest of a Florida man, this story about the mistaken shooting of an innocent victim of the drug war, and this story about a university professor whose $24,000 sailboat was mistakenly seized by customs agents, all inspired that first campaign.

Since that early campaign, the Liberty Project has remained steadfast and diligent in its support of the causes it believes in:

The Liberty Project is committed to protecting privacy, guarding against government overreaching, and protecting the freedom of all citizens to engage in expression without government interference.

The Liberty Project advocates vigilance over regulation of all kinds, especially restrictions of individual civil liberties such as the right to free speech. These restrictions threaten the reservation of power to the citizenry that underlies our constitutional system.

The Project has been particularly involved in defending the right to privacy, one of the most profound individual liberties and a critical aspect of every American’s right (and responsibility) to function as an autonomous and independent individual.

The Liberty Project is also dedicated to staunching the increasing tendency of legislatures, looking for more expeditious routes to deter and punish illegal conduct, to create laws designed to confiscate the spoils of illegal activity — laws that are used against the innocent as well as against criminals. 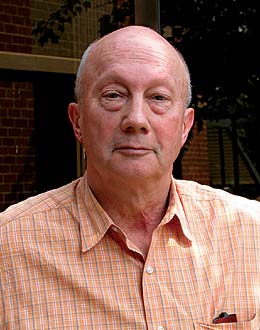 Phil D. Harvey is chairman of DKT International, a nonprofit international family planning organization. He is the founder of the DKT Liberty Project and has worked for more than 20 years to support individual freedom, civil liberties, and free speech. The DKT Liberty Project has filed numerous friend of the court briefs supporting free speech rights, and Mr. Harvey has been active in campaigns to decriminalize drug use and roll back the war on drugs.

He is the author of four books: The Human Cost of Welfare: How the System Hurts the People It’s Supposed to Help (with Lisa Conyers), praised by Reason Magazine as “a must-read for anyone interested in making government accountable,”; The Government vs. Erotica, which Publishers Weekly and Booklist praised and the American Library Association’s Intellectual Freedom Roundtable nominated as the best book on intellectual freedom the year it came out; Government Creep, which, as one reviewer noted, “proves that government has invaded virtually every nook and cranny of our lives,” and Let Every Child Be Wanted, which drew praise from former President Jimmy Carter and went back to press soon after publication.

Phil Harvey is chairman of DKT International, a non-profit family planning and AIDS prevention organization, and president and majority shareholder of Adam & Eve, a mail order business that sells products for a better sex life. He lives with his wife, Harriet Lesser, in Cabin John, Maryland, outside Washington, DC. Program Director AC Bushnell was previously Director of International Programs for DKT International in Washington, DC, and travelled extensively to countries all over the world. He served as Country Director in Vietnam promoting birth control, family planning and HIV/Aids prevention. AC was formerly President of General Vitamin of North Carolina and Vice-President of PHE, Inc.

A graduate of the Duke University Paralegal Program, AC has a lifelong interest in promoting constitutional rights and personal freedom. He specializes in unearthing legal cases, situations and issues worthy of DKT Liberty Project support.

For Civil Asset Forfeiture and other legal matters, you may contact